We’ve been a particular with the primary systems that provide free of charge documents on your implement. That’s the reason, last of all anyone found free of charge essays internet, without methods to produce everyone shell out term paper help .

Exclusively much of our creating program will be the very last essay associate and best option for the purpose of carrying out a articles along with other custom made magazines. Imagine some of our long-time adventure essay helper.

Like many professions, electricians have their own dictionary of terminology and slang.

Our plain English guide explains some of the terms and acronyms you might hear your registered electrician use.

If you don’t understand what we are talking about, don’t be afraid to ask. The technical language is second nature to a professional electrician and it’s easy to forget that we do not all understand it! 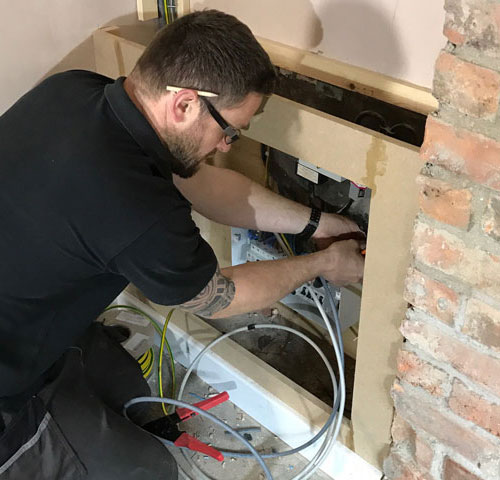 CAPPING
The thin metal or plastic channel sometimes used to contain cables when fixed to a wall before plastering. Capping is used to make it easy to run several cables following the same route with the minimum use of fixings. It does not provide protection against damage from nails or screws.

CHASING/CHASES
To make a slot or a groove to install cables or wiring systems into solid walls. Chasing causes a lot of disruption, noise and dust and once completed will require making good. In Scotland, chases are known as raggles.

CONSUMER UNIT
A consumer unit is the same as a fusebox and is used to control and distribute electricity around the home. It usually contains a main switch, fuses or circuit breakers and one or more residual current devices (RCDs). 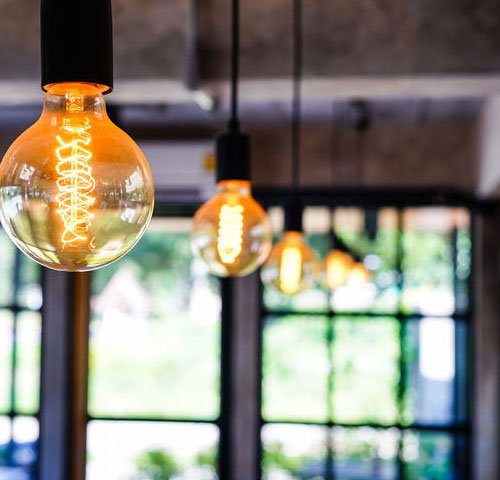 EARTHING
Earthing minimises the risk of receiving an electric shock if you should touch metal parts when a fault has occurred. It provides a path for the faulty current to flow safely to earth, which causes the protective device (MCB, fuses) to disconnect the circuit and stop the danger. The electrician will check that the earthing and bonding is satisfactory before starting any work.

ELECTRICAL INSTALLATION CERTIFICATE
A safety certificate issued by an electrician when they complete any new electrical work, or changes to existing electrics. The certificate confirms that the work has been designed, built, inspected and tested to the UK national standard BS 7671.

ELECTRICAL INSTALLATON CONDITION REPORT (EICR)
A report on the condition of your electrical wiring, containing an overall assessment of the safety of the wiring, observations on its condition, and a number of recommendations (in order of priority) for action (if any is required) to restore the wiring to a satisfactory condition for continued safe use.
Formerly known as a Periodic Inspection Report (PIR) 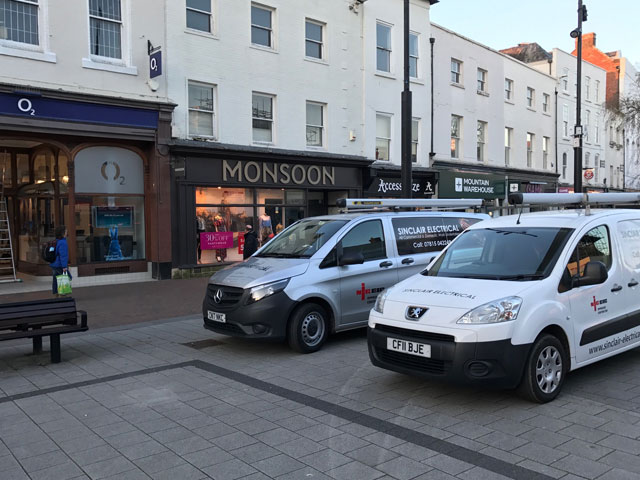 FLUSH-FITTED
Electrical accessories such as switches or sockets installed so that their back boxes are contained in a wall, floor or ceiling and only the front plates are visible. Flush fitting can look nicer but usually involves chasing (see above).

FUSED CONNECTION UNIT
Enables electricity to be supplied to an item of equipment or appliance providing its own method of circuit protection (by fuse), and sometimes includes a switch. Fused connection units are sometimes referred to in the electrical trade as fused spurs (see below). 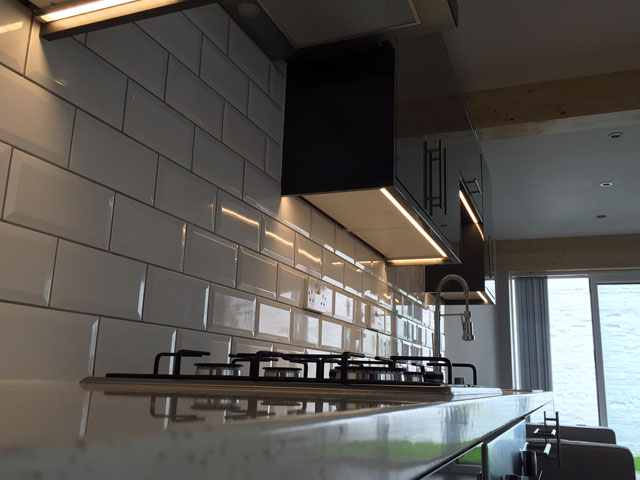 MAKING GOOD
Restoring the finish of a wall or ceiling that has been damaged, or replacing floorboards that have been lifted during electrical installation work. Usually does not cover full redecoration, but will include the filling-in of chases (see above) and holes. You may agree with the electrician to leave the making good of walls and ceilings to
another person such as a plasterer.

MINIATURE CIRCUIT BREAKER (MCB)
Commonly known as a circuit breaker. An automatic protective device fitted in the fusebox that will disconnect a circuit if there is a fault or overload.

MINI TRUNKING
A plastic enclosure with one removable side that is used to install cables on the surface of walls and ceilings. 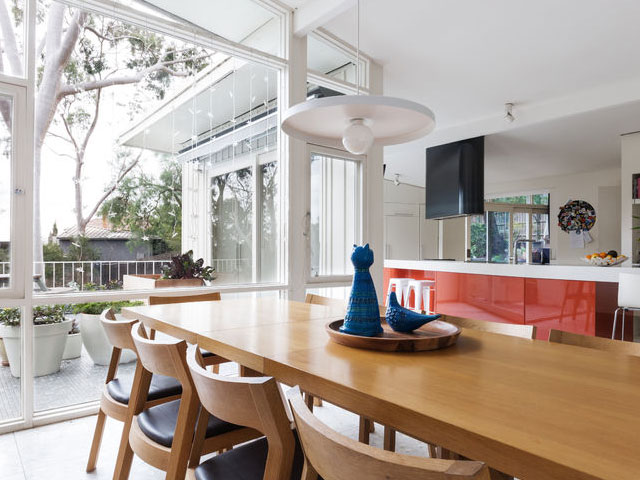 MINOR WORKS CERTIFICATE
A safety certificate (see Electrical installation certificate above) used when an addition or alteration is made to your electrics and no new circuits have been added.

PART P
The specific section of the building regulations for England and Wales, which relates to electrical installations in domestic properties.

RESIDUAL CURRENT DEVICE (RCD)
This is a sensitive switching device that trips a circuit when an earth fault is detected. RCD protection is particularly important for socket circuits that may be used to supply portable equipment for use outdoors 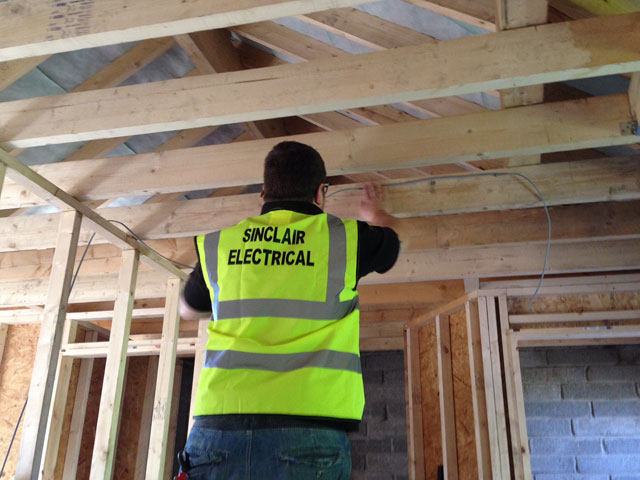 REWIRE
A FULL REWIRE should mean that all parts of the electrics – that’s cables, circuits and accessories – are new. However you may wish for items such as switches and light fittings to be re-used and the electrician may wish to re-use a part of the wiring that is electrically sound, due to it being difficult to remove and replace. It is very
important that you agree and understand with the electrician exactly what work is, and is not, being done before the work starts.

A PARTIAL REWIRE is a common situation if it’s not possible or necessary to fully rewire all the electrics. For example when existing
cabling is suitable for continued use (this minimises the degree of damage and disruption), or where only a part of the electrics has suffered damage from a burst water pipe or similar. If you are considering a partial rewire or an electrician offers it to you as an option, it is very important that you agree and understand exactly what is – and is not being– done before the work starts. 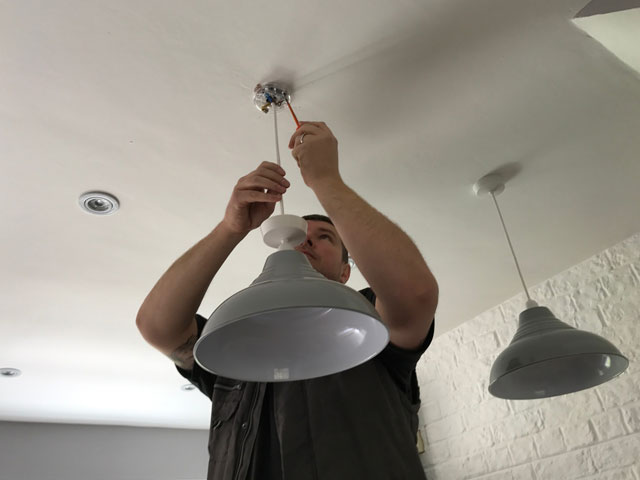 SURFACE-MOUNTED
Where wiring or electrical accessories such as switches or sockets are installed so that they are on top of the surface or front of a wall, floor or ceiling. This causes less disruption to the decoration but may not look as nice as flush fitting (see Flush fitted, above) 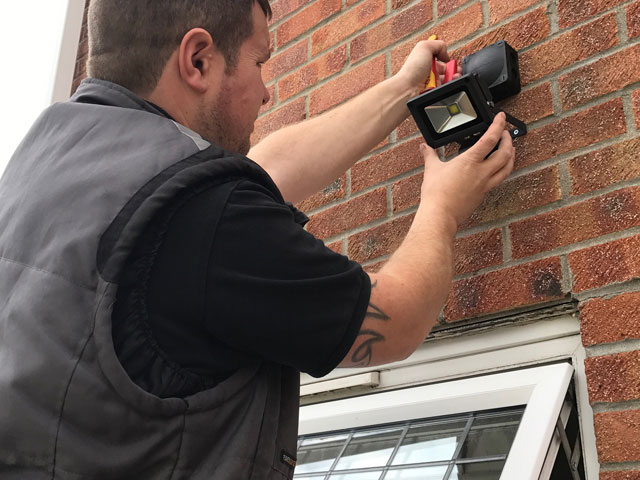